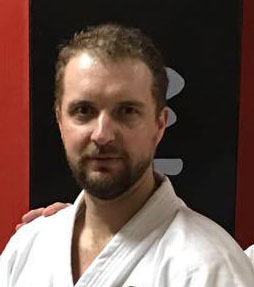 Sensei Paul started his Karate training in 1986 and started teaching in 1995 in Cape Town, South Africa.

Growing up in South Africa, Sensei Paul was fortunate enough to train under Shihan Chris and his senior instructors. Since moving to Australia in 2003 he continues his development in Kimura Shukokai Karate by regularly traveling around the world to train with the styles most senior instructors.

Sensei Paul has also competed at the state, national and international level during his karate career.